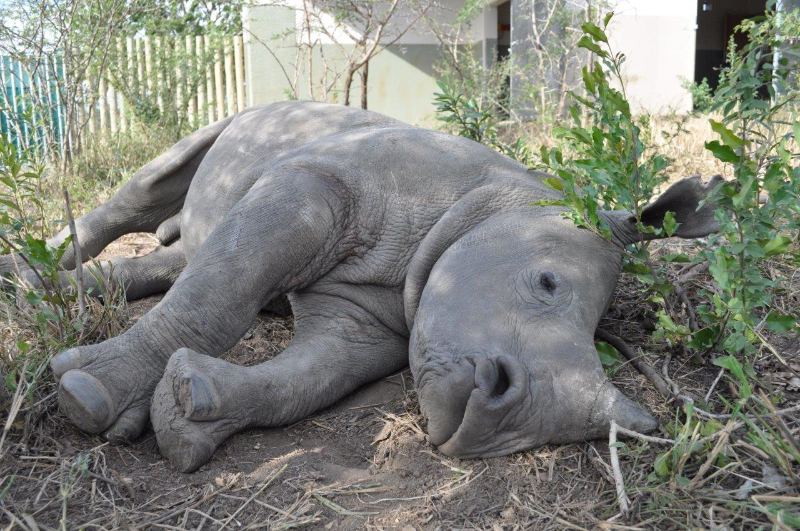 The City Couriers Golf Day in 2013 raised R120 000 for the Thula Thula rehabilitation centre. Thula Thula is one of Lawrence Anthony Earth Organisation’s rhino rehabilitation projects. The organisation is an independent, non-profit group that seeks to assist the plant and animal kingdoms.

The Lawrence Anthony Earth Organisation is happy to report, that they have recently rescued a 5-month-old male rhino calf, “Ithuba”, that was found alive, but severely traumatized in the bush after rhino poachers killed his mom.

When this little boy was rescued and transported to the orphanage facility he had already endured several days on his own without milk from his mom. He was severely dehydrated and distressed from his ordeal and there is no doubt that if he had not been captured and treated by the rescue team he would not have survived much longer. “Ithuba” is now getting expert care and has adjusted well to his surroundings.

The Lawrence Anthony Earth Organisation’s main focus is to ensure they keep the rhino orphans safe and facilitate an environment where they can effectively rehabilitate and release the animals back into the wild.